Today I’m really excited to have George Lester, author of ‘Boy Queen’, on my blog. George will be talking about his favourite books with drag queens so get ready to make notes kids! or idk just put them into Goodreads like normal people or something?? It is a pleasure to have you on my blog and I look forward to reading the books you recommended! I will also be reviewing Boy Queen so stick around to hear my thoughts 🙃

Hey! Thank you so much for having me on your blog today. I just want to start with a slight caveat that not all of these books are for a YA audience. I urge you to take a look at them all because they’re brilliant, but thought it was worth mentioning before I carried on!

I feel like I am going to be screaming about The Black Flamingo by Dean Atta until the day I die because I honestly can’t get enough of it. As I write this post, I have either commented or replied to various people’s Instagram posts and stories telling them just how wonderful it is or flailing with them about it in DMs. The Black Flamingo is a novel written in verse that tracks the life of Michael, who is half Jamaican and half Greek-Cypriot, from when he is a baby all the way to when he is at University and discovers the sheer magic of drag. It is a journey of self-discovery and identity, a celebration of queerness and finding power within yourself and I am a hundred million per cent obsessed with it.

Diary of a Drag Queen is exactly what it sounds like it is, a year in the life of drag artist Crystal Rasmussen as they navigate being a performer, finding love, and trying to just get by! I listened to the audiobook of this, which is read by Crystal, and was absolutely blown away by it. I’m a bit of a mess when I am listening to a really good audiobook and am unable to hide my emotions, and this book had me CACKLING in public! It is an adult memoir, so contains adult themes, but is absolutely hysterical.

So I actually picked this book up after reading Diary of a Drag Queen because Crystal and Amrou were in a group together called Denim. I read this very recently (during Pride Month) and was absolutely blown away by it. It is touching, funny, at times heartbreaking, but ultimately an uplifting story that tracks Amrou’s life. If you’re anything like me, you’ll find yourself laughing on one page and crying on the next. It’s so so stunning!

Okay, no one asked for this section but there are some titles that I haven’t had a chance to get to yet and mama, I wanted to talk about them so here we go!

I am a huge fan of Caleb Roehrig’s YA thriller Last Seen Leaving and have White Rabbit on my shelf ready for me to DEVOUR, but when the pitch line to a book is Ocean’s 8 meets RuPaul’s Drag Race, I am ALL IN!

I had the absolute pleasure of seeing Ryan at an event (yes, a LIVE event, in a BOOKSHOP! Those used to happen!) with David Levithan, Darren Charlton and Katherine Webber, which was wonderful, and hearing him talk about Reverie just cemented the fact that I needed the book in my life. It’s a queer fantasy novel where the antagonist is a drag queen sorceress. NEED I SAY MORE?!

I was a HUGE fan of L.C. Rosen’s first book Jack of Hearts and Other Parts, and am reliably informed that drag queens exist in this book. I was already excited for it, now I am doubly so!

This is a book that has been on my radar for a while but, unfortunately, does not have a UK publisher at the time of writing. The blurb tells me that it is a story of found families and a journey of self-discovery alongside one of drag magic! Also, Drag Kings as well as Queens, which just sounds mega exciting!

Okay, buckle up kids, because this is academic stuff we’re in now. I have read sections of this book for my MA when I was writing my essay and, at time of recording, am reading it cover to cover because I enjoyed what I read so much. This is a book of critical essays about how RuPaul’s Drag Race has shifted the visibility of drag culture in the US and around the world. It’s pretty heavy going in places, so not for the faint-hearted, but if you want to learn some stuff, feel free to dive in! 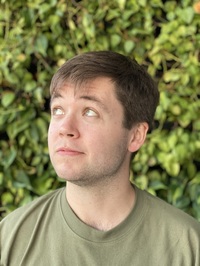 George Lester is a freelance editor, musical theatre lover and drag nerd who lives with his wonderful partner in Twickenham. George used to a bookseller and now vlogs online talking about books and writing. George is also known as the Drag Queen, That Gurrrl. Boy Queen is his first novel with Macmillan Children’s Books. 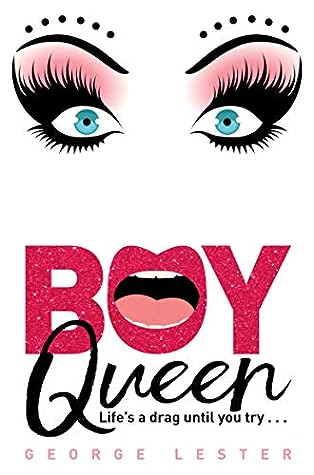 While his friends prepare to head off to university, Robin is looking at a pile of rejection letters from drama schools up and down the country, and facing a future without the people he loves the most. Everything seems like it’s ending, and Robin is scrabbling to find his feet.

Unsure about what to do next and whether he has the talent to follow his dreams, he and his best friends go and drown their sorrows at a local drag show, where Robin realises there might be a different, more sequinned path for him . . .

With a mother who won’t stop talking, a boyfriend who won’t acknowledge him and a best friend who is dying to cover him in glitter makeup, there’s only one thing for Robin to do: bring it to the runway.

Boy Queen by George Lester is a sparkling debut full of big hair, big heels and even bigger hearts.

Boy Queen is a moving and heartfelt story about failed plans, new dreams and discovering who you are. It is beautifully queer and so so fun! I devoured this book in one go!

I adored Robin from the very first page and his personality shone through the book! I instantly connected to him and I wanted to protect him from all his hurt and homophobia he faced. Robin was a very real character who had highs and lows and sometimes was a bit frustrating, but all of that just made him more relatable and likeable. He grew a lot after finding out that he hadn’t got into his dream university and his character arc was great to read.

My favourite thing about this book has to be the relationships! Robin’s friendship group is honestly goals – Natalie, Greg and Priya were all so loving and I stan such a healthy, supportive friendship! I also loved Robin’s mother. She was so funny and sweet and her relationship with Robin was heartwarming and it just made me feel really warm and cosy inside. The romance is also really cute and even though I can’t tell you much because of spoilers, I can confirm that it is 110% swoon-worthy.

The drag aspect of this was also really fun to read about and like Robin, I became enraptured by drag culture through this book! I really want to watch RuPaul’s drag race now because it sounds incredible!

Overall, this is a beautiful, emotional story that was a delight to read! This is a delightful read full of realistic, hilarious characters and lots and lots of drag! I would definitely recommend this!

This post is part of a blog tour. I’m the final stop on this tour (which is pretty cool but also pressure?!) but feel free to check out some of the other blogs on this tour for guest posts, interviews and giveaways. Thank you Amber Ivatt and My Kinda Book for sending me a copy of Boy Queen! This does not affect my opinion of this book in any way. 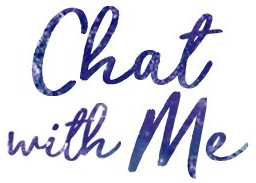 Are you planning on reading Boy Queen? Have you read any of the books George mentioned? What are you reading at the moment? Divulge your secrets…

Join 1,980 other subscribers
Follow The Everlasting Library on WordPress.com